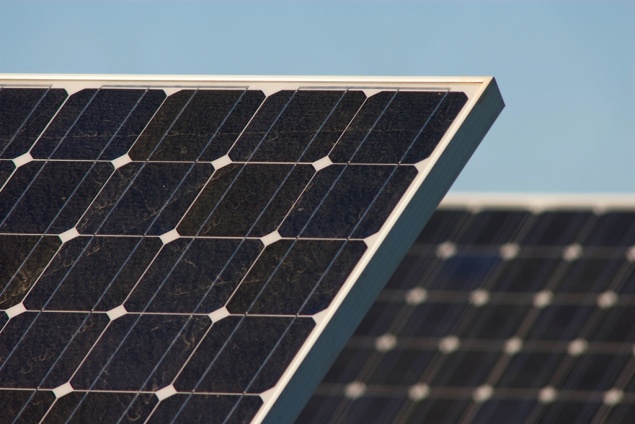 Energy costs constitute one of the heaviest components within the overall weighting of operational costs and with direct implications for the charges levied for the supply of water and wastewater sanitation.

Within the universe of the companies managing water supply and wastewater sanitation systems making up the Águas de Portugal group at the end of 2014, there were around 5,600 points of energy consumption (high tension, medium tension and low tension) and accounting for total consumption of around 700 GWH/year of which around 50% gets applied to the transport of water and wastewater.

Energy management thus represents one of the main challenges to the management teams supervising these services and the Águas de Portugal group has deepened its efforts within the objective of improving the overall energy performances of companies operating the supply and sanitation operations and not only in terms of energy utilisation, consumption and efficiency but also in leveraging the innate energy potential of its various assets and endogenous resources. The AdP Group draws upon the solar exposure of some of its infrastructures for the micro and mini production of photovoltaic solar energy. In 2013, there were photovoltaic panels in operation at 68% of Group companies, covering around 389 different infrastructures and producing 2,534 MWh/year of energy.

The energy produced is in the main sold onto the national grid with some localised cases of self-consumption such as, for example, the micro solar units powering water flow monitors at sites beyond the national grid.

In the Algarve, the Group currently has two photovoltaic plants under construction with a peak potential of 422 kW, located at the Water Treatment Plants and where the energy produced will be entirely consumed on site and resulting in the reduction of fossil fuel generated energy and thus avoiding the emission of 639 tons of CO2 into the atmosphere.

The slurries resulting from the wastewater treatment process contain a high level of recovery potential with the most commonly deployed means being energy production and as an agricultural product (as a source of fertiliser).

As regards energy production, this involves the anaerobic digestion of the slurries, incorporated into Wastewater Treatment Plant (WTP) processes, which generates biogas that may then be applied to energy production.

Across the AdP Group, there are now 20 WTPs incorporating slurry based biogas energy production. In total, these WTPs contain the capacity to bring about the anaerobic digestion of 160,000 m3 of slurries, with 2014 seeing energy production total 31GWh/year and in the main deployed for internal consumption and thereby driving the overall enhanced energy performance of these infrastructures.

The Group has also implemented a biogas optimisation plan for WTP production and which annually involves the diagnosis of those infrastructures with the potential to maximise this production, identify measures to bring about this increase and that are then subject to monitoring and evaluation.

Within this scope, the AdP Group is running the ongoing NEURAL AD project with the objective of maximising the potential of the biogas energy recovery process through recourse to anaerobic digestion at WTPs, with further information available here. Within the scope of improving the energy performance of water treatment and transport infrastructures, the AdP Group has advanced with some pilot projects seeking to capitalise on the kinetic energy potential of water existing in pipelines, for example, and producing energy through recourse to hydroturbines.

We would also highlight the leveraging of the hydroelectric potential in Beiriz, in the Northwest region, which draws upon the gravity based energy potential available in water flowing into the reservoir.

The excess energy contained in the water (kinetic energy) gets converted by a mechanical energy turbine and then converted into electricity by a generator.

This project incorporates a production potential of 531 MWh/year and enough to supply 432 household and avoid the emission of 249 tons of CO2 into the atmosphere.

The energy policy of the Águas de Portugal group spans three core pillars: the promotion of energy efficiency; maximising the capture of the energy potential contained by its installations, leveraging the subproducts resulting as sources of renewable energy and the reduction in costs through the centralised procurement of energy.

The main focus of energy efficiency falls on the optimisation of consumption through careful analysis of the specific situation of each company, especially in terms of its capacity to store water, the locally prevailing population fluctuations and the existence of an orography requiring a more demanding level of water pumping among the respective different factors influencing consumption by Group companies.

Whilst such optimisation solutions never stem from a single strategy given the specific characteristics of each system, the solutions designed for each individual company are studied in terms of their generalised applicability across the Groups universe.

Complementarily, other measures, of a more transversal nature, are undergoing implementation across the majority of companies and including for example: the installation of more efficient lighting systems, the monitoring of consumption levels to ensure the most appropriate management of the operating equipment, the fitting of equipment with progressive starter systems and speed variation devices, the allocation of consumption to no-load and super no-load cycles, the correction of potential and alongside the training of staff in the rational usage of energy.

We would furthermore detail the centralised procurement of electricity undertaken by the Group since 2012 and having since enabled more advantageous terms of negotiation to the diverse companies and, in addition, has fostered a more thorough understanding of the respective prevailing energy needs and in turn driving the identification of opportunities for reducing and optimising consumption levels.