In Portugal, the AdP group holds stakes in a set of companies which, in partnership with municipalities, provide services to around 80% of the Portuguese population.

The upstream water supply and sanitation and wastewater treatment services, which span the activities necessary to capturing, treating and transporting water to the municipal reservoirs for public consumption alongside the subsequent transport, treatment and return of urban wastewaters in environmentally safe conditions, of AdP group companies cover a total of 234 municipalities.

The group also takes responsibility for the downstream water supply and sanitation services  directly to the consumer  in some municipalities and serving in the region of 1.2 million people.

In recent years, in association with local partners as well as other Portuguese companies in this sector, the group has undertaken a diverse range of projects in countries including Angola, Algeria, Brazil, Cape Verde, East Timor, Morocco, Mozambique and Sao Tome e Principe, whether in the format of technical assistance or the management of water and wastewater concessionary services.

Within this context, we would also highlight the AdP contribution within the framework of the Millennium Development Goals for water and sanitation and especially through its contribution towards raising the number of people with both access to clean drinking water and to the appropriate treatment of the wastewaters resulting and as an essential good for the health and wellbeing of the populations and the economic development of the respective societies.

Currently, the group is present in Angola, where it set up a subsidiary in 2010; in Mozambique through its stake in Aquatec; and in various other countries following the signing of service provision and technical assistance contracts. 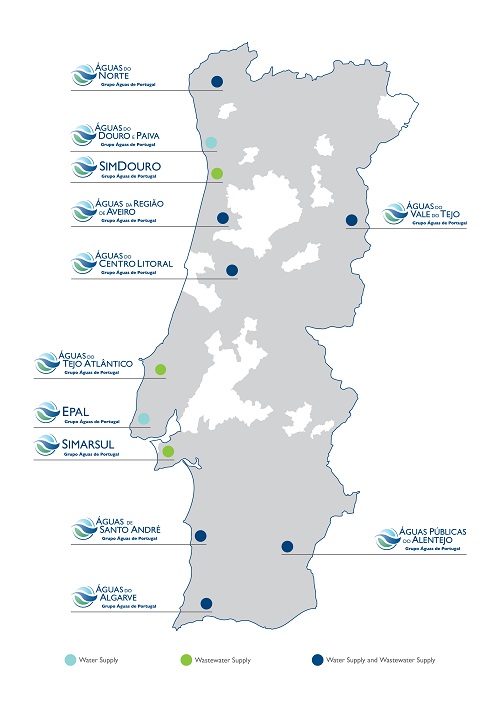